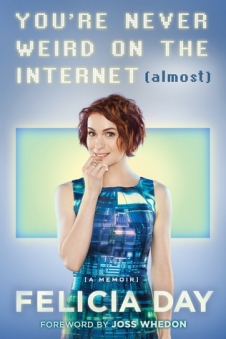 Felicia Day is a filmmaker, actress, musician, and self-proclaimed geek who found herself as an Internet entrepreneur after years of being home schooled and isolated. She moved to Hollywood to become an actress, but her misadventures led her to produce her own web series, own her own production company and become an Internet star. In this charming and funny memoir, Day shares her story and inspires us all to pursue our wildest dreams.