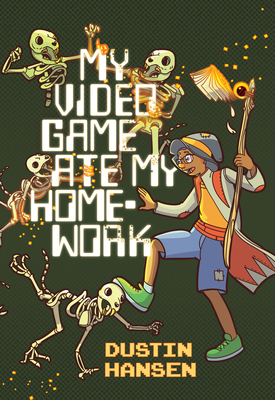 Dewey Jenkins is determined to get an A+ on his volcano science project so that he doesn’t have to go to summer school. In addition, he has a chance to win a virtual reality video game console. Everything is just fine until Dewey’s best friend Ferg gets a hold of the console and breaks it. Ferg asks Dewey to help him fix it, and suddenly the two friends find themselves inside of a video game with Dewey’s sister Beatrice and her friend Kat. Worst of all, Dewey’s science project is along for the ride. Can he and his friends rescue and volcano and get back before the science fair?