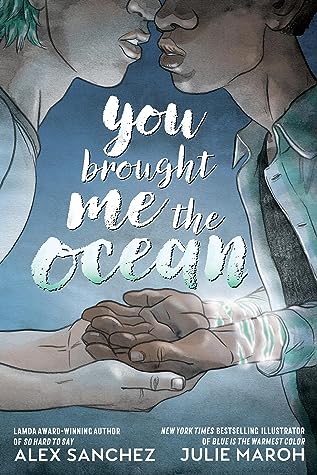 Jake Hyde’s father died by drowning, so he doesn’t swim. At all. In fact, he lives in a dessert and is forced by his mother to stay away from water at all costs. He wants to go to college on the coast however, and work with the ocean for a living. That is a secret he’s keeping from his mother. His other big secret? He doesn’t tell his best friend Maria that he doesn’t return her feelings; in fact, he is attracted to Kenny, a boy in his class who has shown interest in him. Can he come clean and be his true self?
Thanks to SLJ for a review copy of this book.