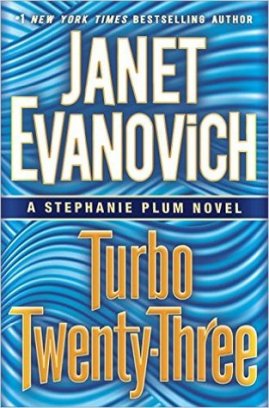 Stephanie Plum works as a bounty hunter for her cousin Vinny’s bond enforcement agency. The latest skip is Larry Virgil, who was arrested for stealing an 18-wheeler full of bourbon. Stephanie and her honorary partner Lula catch Virgil in the act once again, but he gets away, leaving behind a freezer truck complete with Bogart’s ice cream and a dead body, which is frozen solid and topped with chocolate and pecans. Stephanie’s friend and occasional lover Ranger calls on her to go undercover to investigate the Bogart Factory. She takes on the assignment while also juggling her on-again, off-again boyfriend as well as keeping tabs on her pip of a grandma who has a new beau. The twenty-third Stephanie Plum novel is not to be missed!